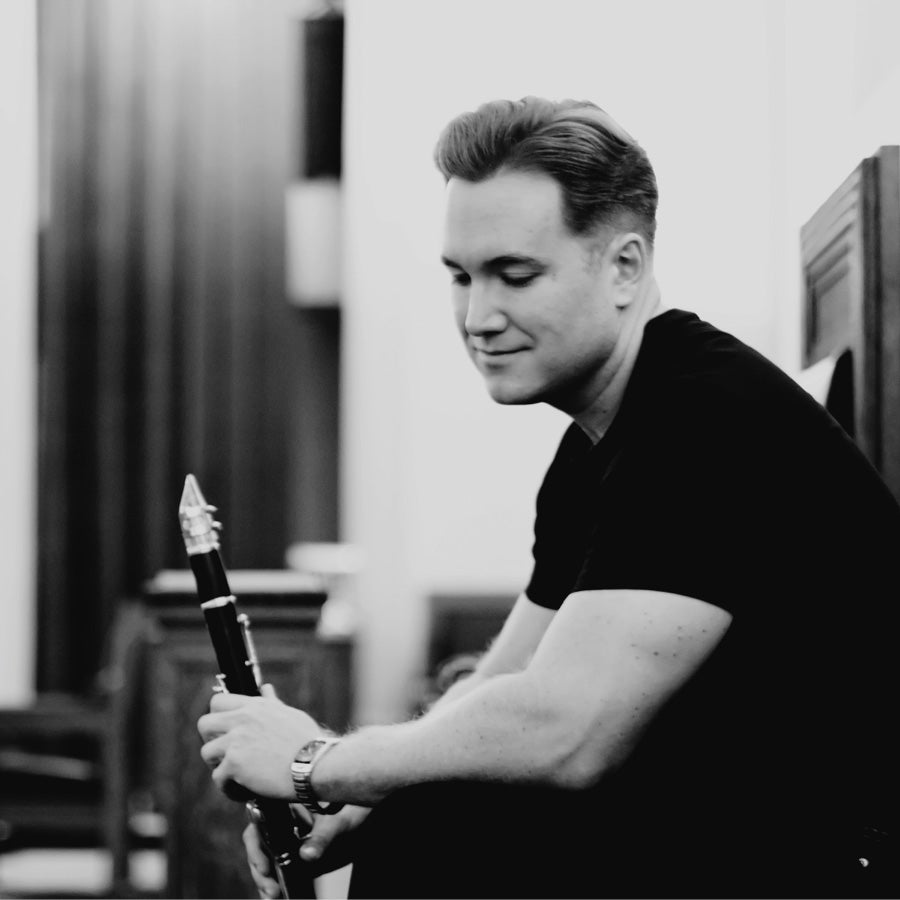 Dave Bennett is a multi-instrument phenomenon saluting the roots of pop and covering music from the Swing Era to early Rockabilly and Country, to Elvis Presley, the Beatles and more.

Before purchasing tickets, please review the Covid policy for this event below.

For starters, you don’t find many jazz clarinet players name Alice Cooper, Stevie Ray Vaughan, and Chris Isaak among their influences. You also won’t find many musicians who are equally conversant with the music of Benny Goodman (the “King of Swing”) and Roy Orbison (“The Soul of Rock and Roll”).

Bennett is a clarinet virtuoso who plays electric guitar, piano, drums, AND vocalizes.  Saluting Swing to Rock: covering music from the Swing Era to early rockabilly and country, to Elvis Presley, and more. Leading His Tribute to Benny Goodman, Dave has been a featured soloist at Carnegie Hall with The New York Pops (2013) and has played the show with 35 other US and Canadian orchestras including Nashville, Detroit, Rochester, Omaha, Toronto, Vancouver, Orlando, San Antonio, Jacksonville, Portland, OR and Portland, ME, and Houston. Fifty performing arts centers across the USA have had success with his presentations.

Dave has been featured on NPR Radio’s “Jazz at Riverwalk.” He made his European debut in 2008 at The Bern Jazz Festival (Switzerland) in a combo with jazz legends and Benny Goodman band alumni guitarist Bucky Pizzarelli and vibraphonist, the late Peter Appleyard.

Dave is a Mack Avenue Records artist. His 2013 CD “Don’t Be That Way” met with critical acclaim.

His second release, Blood Moon, which features five originals and six pop/jazz covers, hit the No 24 on the Billboard Jazz chart in 2018. 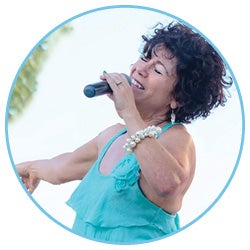 Raised and based in Grand Rapids, MI, Mary hails from a big, fun-loving musical family and has an extensive background in music, theatre, choreography, and dance.

Mary brings an expressive warmth to her singing, as well as a skilled ability to communicate the emotional content of a lyric. Her unique abilities as a performer are a culmination of her natural talent, as well as her experience and training as an actress and vocalist. While at Michigan State University (from which she holds a B.S. in both  Telecommunications and Musical Theatre–and was a Big 10 Cheerleader as well!), Mary performed under the direction of respected dialect and acting resident artist, Joyce Ramsey and dance legend, Miss Dixie Durr.

After graduating, Mary toured throughout the States and to the Orient and South Pacific with the USO/DOD, singing and dancing with a showband. Her travels brought her back to Michigan, where she was a headliner at the popular Tootsie Van Kelly's in the 5-star Amway Grand Plaza Hotel, till it closed in 1995. This is where she met her good friend and colleague, Bassist, Paul Keller, now residing in Ann Arbor, MI who recorded and tours with Jazz Grammy winner, Diana Krall. Mary is invited to sing with The Paul Keller Orchestra and continues to work with Keller in various jazz venues.

Mary works as a voice talent, doing voice-overs, jingles, and backup recording work. She also educates at The Grand Rapids Civic Theatre in voice, dance, and acting classes for children.

The following protocols are in place for this event: