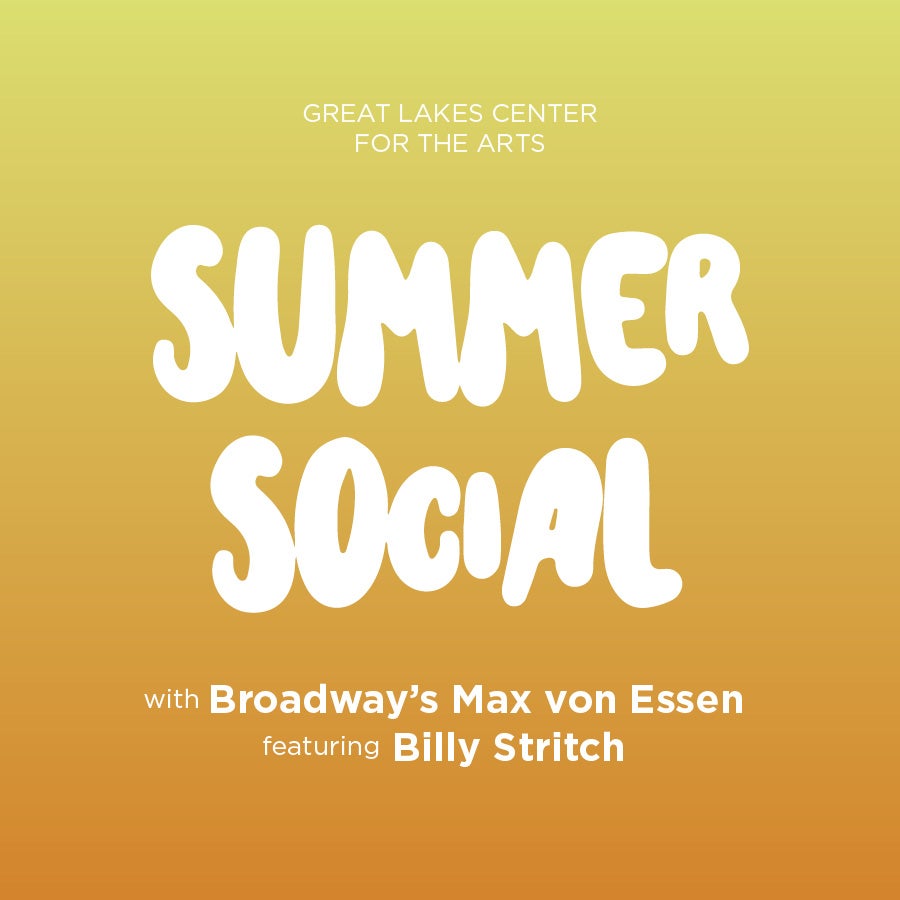 Mark your calendars for a Summer Social on the Center's front plaza! Enjoy the marvelous stylings of Tony-nominated Broadway icon Max von Essen and the brilliant composer, vocalist, and jazz pianist, Billy Stritch. Look forward to an evening of drinks, music, and frozen favorites from the Big Tasty Treats truck at this outdoor event to kick-off the 2021 Summer and Fall Season!

*Ticket price includes your choice of one beverage (beer/wine/soda/water) or a treat from the Big Tasty Treats truck.

Max von Essen is a Tony-nominated singer and actor best known for his role as Henri Baurel in the Grammy-nominated production of An American in Paris on Broadway. Max von Essen made his Broadway debut in Les Miserables, playing roles including Marius and Enjolras. His other Broadway credits include Anastasia, Jesus Christ Superstar, Dance of the Vampires, and the 2012 revival of Evita, as Magaldi. Max has appeared on television and in films such as Law & Order: SVU, Royal Pains, Gossip Girl, The Tony Awards, The Intern, and Sex and the City 2, to name a few. In recent years, Max has found himself roller skating across the country in the first national tour of Xanadu as Sonny Malone, as Mary Sunshine in the national tour of Chicago, as Tony in West Side Story throughout Europe, and as a backup singer for the legendary Liza Minnelli.

Billy Stritch is one of the premier singer-pianists on the New York and national jazz and cabaret scene. Recent solo shows The Mel Tormé Songbook and The Jazz Of Cy Coleman garnered rave reviews from critics in New York City and abroad. Billy's most recent Broadway credit was as musical supervisor and pianist for actress, dancer, and singer Liza Minnelli's Tony Award-winning show Liza's At The Palace. His latest solo CD release is "Billy Stritch Sings Mel Tormé," a salute to one of his musical heroes. He also composed the Grammy Award-winning song "Does He Love You," which was a number one hit for Reba McEntire. Billy holds court at Bemelman's Bar at the Carlyle Hotel on selected Sunday nights and is also the resident pianist for Jim Caruso's Cast Party. This long-running open mic night happens every Monday night at New York's legendary Birdland Jazz Club.