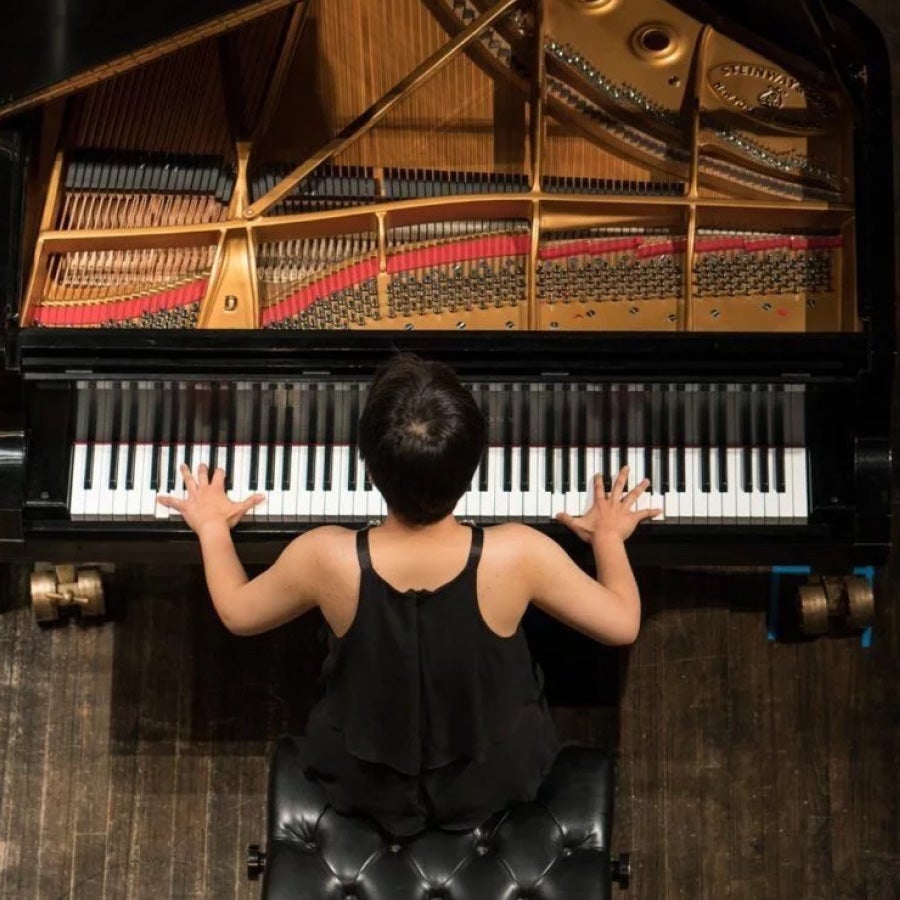 “The Supernatural Child of Music”

Greeted by enthusiastic audiences worldwide, pianist Chaojun Yang has enjoyed an international performing career since the age of 4. At a very young age, Chaojun appeared on concert stages in her native city of Shanghai and Hong Kong, Taiwan, France, Australia, Croatia, Britain, the Philippines, North Korea, Poland, the USA, Canada, Italy, and Germany. Chaojun has received awards from numerous competitions such as first place in the Shanghai Student Arts Festival Young Artists Competition, first place in the Morningside Music Bridge Chamber Music Competition in Calgary, Canada, and the top prize in the North American Round of Hastings International Competition.

Spotlighted as a child music prodigy with sensitive musicality by major Chinese press, her talents for expression were on display at performances at the Sydney Opera House, Braunschweig Classix Festival in Germany, Pianofest in Hamptons, Chopin House in Poland, Detroit Symphony Hall, Haikou Great Hall of the People, the Shanghai Grand Theater, Shanghai Concert Hall, and Shanghai Symphonic Hall. Chaojun has received commendations from the Shanghai Municipal Committee of Government and was awarded the Jack Kent Cooke Young Artist Award in May 2013.

At age 9, Chaojun was admitted to the Shanghai Conservatory Primary and Middle School, where she was the only pianist to be cited as an outstanding student for six consecutive years. At age 12, she was the youngest student to be admitted into the Idyllwild Arts Academy with a full scholarship. At age 14, she was accepted by Purcell School of Music in England and received a generous merit scholarship. When Chaojun turned 16, she came to the United States to study at the Interlochen Arts Academy to pursue her musical and academic passions. The wonderful rural setting in Michigan inspired her in many ways so she decided to continue her studies in the United States. Among 13 offers she received from top conservatories and universities, she chose Bard College for their unique 5-year double major program, and graduated in 2019 with the Bachelor of Music and the Bachelor of Arts degree, majoring both in Piano Performance and French Studies.

Chaojun has recently received a masters degree in piano performance from Julliard and will be attending Eastman School of Music to pursue a DMA.

Bach Prelude and Fugue in A minor, BWV 865