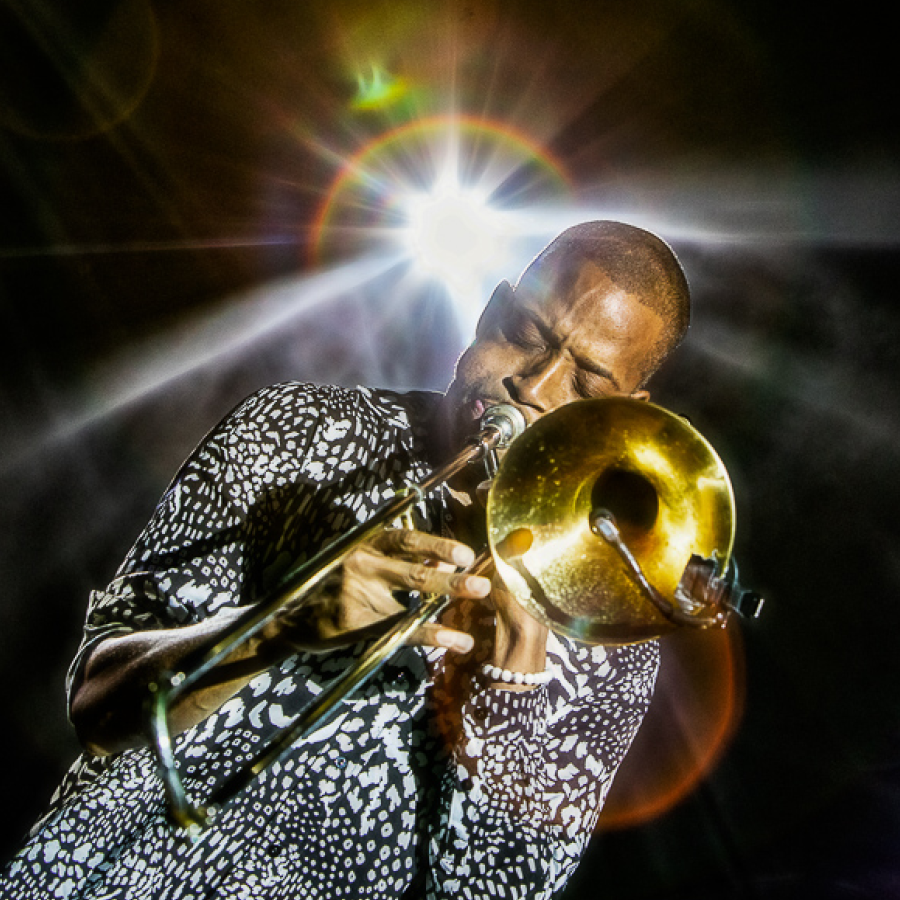 If anybody knows their way around a festival, it’s Trombone Shorty. Born Troy Andrews, he got his start (and nickname) earlier than most: at four, he made his first appearance at Jazz Fest performing with Bo Diddley; at six, he was leading his own brass band; and by his teenage years, he was hired by Lenny Kravitz to join the band he assembled for his Electric Church World Tour. Shorty’s proven he’s more than just a horn player, though. Catch a gig, open the pages of the New York Times or Vanity Fair, flip on any late-night TV show and you’ll see an undeniable star with utterly magnetic charisma, a natural-born showman who can command an audience with the best of them. Since 2010, he’s released four chart-topping studio albums; toured with everyone from Jeff Beck to the Red Hot Chili Peppers; collaborated across genres with Pharrell, Bruno Mars, Mark Ronson, Foo Fighters, ZHU, Zac Brown, Normani, Ringo Starr, and countless more; played Coachella, Bonnaroo, Lollapalooza, Newport Folk, Newport Jazz, and nearly every other major festival; performed four times at the GRAMMY Awards, five times at the White House, on dozens of TV shows, and at the star-studded Sesame Street Gala, where he was honored with his own Muppet; launched the Trombone Shorty Foundation to support youth music education; and received the prestigious Caldecott Honor for his first children’s book. Meanwhile, in New Orleans, Shorty now leads his own Mardi Gras parade atop a giant float crafted in his likeness, hosts the annual Voodoo Threauxdown shows that have drawn guests including Usher, Nick Jonas, Dierks Bentley, Andra Day, and Leon Bridges to sit in with his band, and has taken over the New Orleans Jazz & Heritage Festival’s hallowed final set, which has seen him closing out the internationally renowned gathering after performances by the likes of Neil Young, the Black Keys, and Kings of Leon.