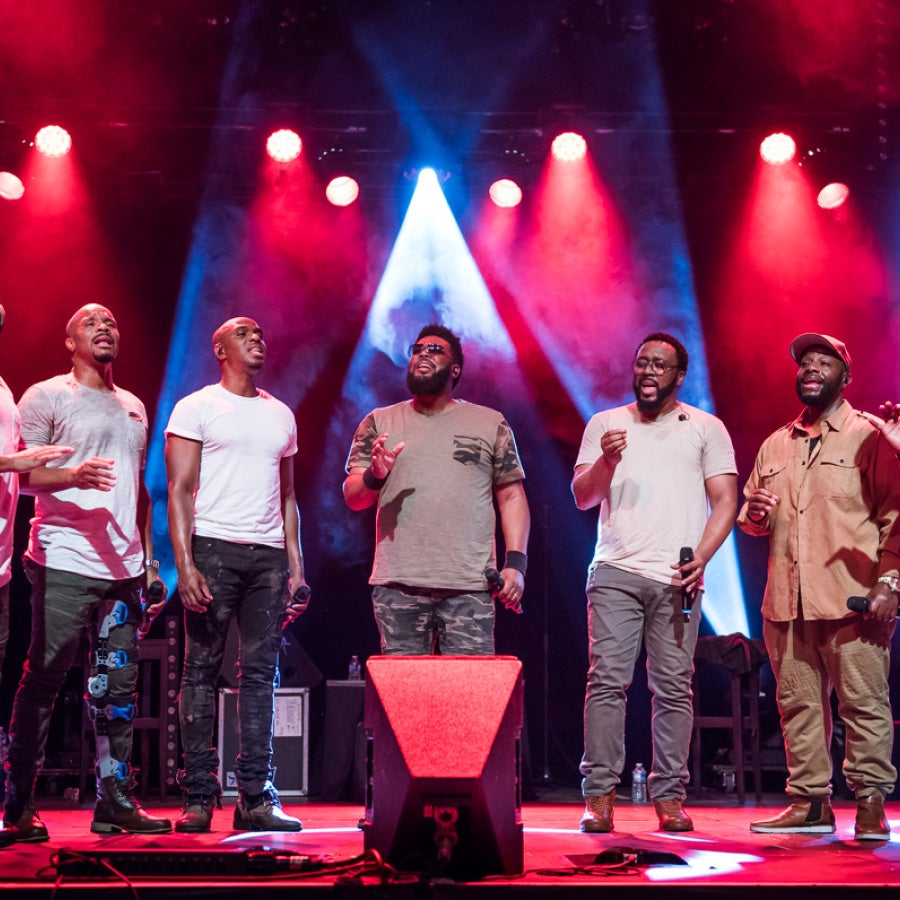 So much more than an a capella group. They're a band without a band. What they do can only be described as "vocal play."

“The best a capella group in the world!”

Certain experiences burn themselves in your memory from the very first encounter. The jaw-dropping audio pyrotechnics that Naturally 7 put on display every night absolutely belongs in that category. “A capella group” so vastly underplays what they create onstage that they had to coin a phrase - “Vocal Play” - to more accurately depict what they do. Naturally 7 is more than a tightly orchestrated collection of great singers. They transform their voices into actual human instruments, effortlessly producing music of any genre. Their sonic mastery was on full display in a series of unforgettable performances on CBS's The World’s Best. Hosted by comedian and Car Karaoke collaborator, James Corden, Naturally 7 reigned supreme as the world’s “Best Group,” and cemented their singular status among the planet’s musical elite.

This was only icing on the cake of a still-vibrant 20-year career, which includes 3 world tours - nearly 500 shows - with the incomparable Michael Bublé, shared billing with global phenomenon Coldplay - including a sold-out show at the Barclays Center - and owned the spotlight in a pair of national Cheerios commercials. In addition to Bublé, Naturally 7 has shared the stage with numerous icons, including Stevie Wonder, Diana Ross, Quincy Jones, Sarah Connor, Lionel Richie, Ludacris, The Roots, and more. Counted among their world-famous fans are President Barack Obama, Will.I.Am., Ellen DeGeneres, Craig Ferguson, Bill and Melinda Gates, Jay Leno, Allan Titchmarsh, Mo’Nique, Jools Holland, and Arsenio Hall, along with countless others.

With the release of their latest project, 20/20, Naturally 7 comes full circle, adding a fresh spin on 20 fan favorites, hand-selected by fans the world over. This, their eleventh studio album, celebrates their 20th anniversary in the music industry, giving music lovers all they could hope for, and then some. For the members of Naturally 7 - “Ricky“ Lee Ricardo Cort, Rod Eldridge, Kelvin  “Kelz“ Mitchell, Sean Simmonds, Dwight Stewart, Roger Thomas, and Warren Thomas - it’s a privilege to do what they love and their music brings so much joy to the hearts of their fans each and every night.  It’s exactly what you would expect. When something is pure magic it’s destined to withstand the test of time. Naturally…

As of July 1, the state of Michigan has removed all mask requirements. Patrons choosing to continue masking should feel welcomed attending events.